Kristian Olson is the Director of the MGH Springboard Studio. Kris is a Pediatrician and Internist and serves as a member of the Core Educator Faculty at the Massachusetts General Hospital where he is also Chief Innovation Officer for the Department of Medicine’s Residency Program and an Associate Professor at Harvard Medical School. He has worked in Thailand, Darfur, Indonesia, Cambodia, Ethiopia, Uganda, India, and the United States and is a serial innovator. He completed an undergraduate degree in biology at the University of British Columbia, medical school at the Vanderbilt University School of Medicine and his residency training in the Harvard Combined Medicine and Pediatrics Program. He trained in the Masters of Public Health program at the University of Sydney as a US Fulbright Scholar and completed a Diploma in Tropical Medicine at the London School of Hygiene and Tropical Medicine.In 2009, he was named to the Scientific American Top 10 Honor Roll as an individual who has demonstrated leadership in applying new technologies and biomedical discoveries for the benefit of humanity.  Contact Dr. Olson at krolson@mgh.harvard.edu Sandra is Associate Director at the MGH Springboard Studio. In this role, Sandra is primarily responsible for partnerships, strategy and growth. Sandra is passionate about working at the intersection of business value and social value in healthcare and has done so while in the public sector, the private sector and now a health system. Prior to the MGH Springboard Studio, Sandra spent seven years working on USAID-funded programs, including two years living in Uganda working in zoonotic outbreak mitigation and response.  Most recently, Sandra moved to the private sector and worked in medication adherence in the domestic healthcare space followed by pandemic preparedness and vaccine manufacturing.  Sandra holds her BA from Colgate University and her MPH from Boston University School of Public Health.  Contact Sandra at sjbutler@mgh.harvard.edu. Frank is the Senior Manager of Design Research at the MGH Springboard Studio and the manager of our accelerator program. Frank spent years as a child welfare caseworker before leaving the world of social services to explore innovation in the healthcare space. Prior to joining the Springboard Studio, Frank worked in product development for several early-stage healthcare technology start-ups. He is interested in how technology and design might be used to reduce occupational and emotional stress on the front-lines of patient care. He is a graduate of Dartmouth College and a self-proclaimed above-average guitar player. 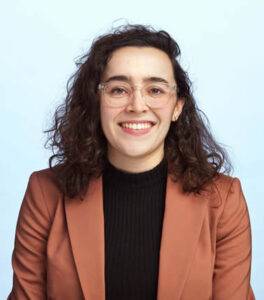 Katrina is the Project Manager, Storytelling & Design at the MGH Springboard Studio. In this role, she uses design as a tool for communicating ideas, making design more accessible, engaging with MGH innovators and the greater community, and developing design sprints with healthcare providers. Prior to joining Springboard Studio, she designed for magazines and books and pursued her graduate education in industrial design where she developed a wide breadth of skills in physical making, creative problem-solving, and design research. Katrina holds her BA from Brown University and her Masters of Industrial Design from Rhode Island School of Design. 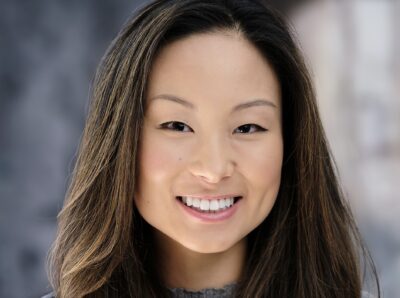 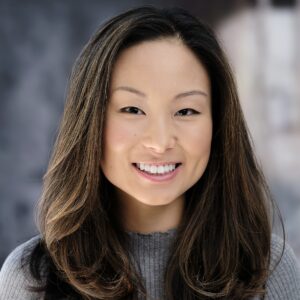 Jerilyn is the Project Manager for the MGH Springboard Studio Accelerator. Prior to joining Springboard Studio, Jerilyn worked within the Clinical Network, Clinical Product, and Clinical Research teams at Talkspace, and as a Partnerships Manager for the Sustainability & Entrepreneurship Center at the Sasin School of Management in Bangkok, Thailand. A long-term advocate of health innovation and inclusion, Jerilyn has also held positions at Mercer (employee health benefits), Blue Cross Blue Shield Association (population health management), UNAIDS, and UNICEF. Jerilyn is a graduate of UC Berkeley. Contact Jerilyn at jewu1@mgh.harvard.edu 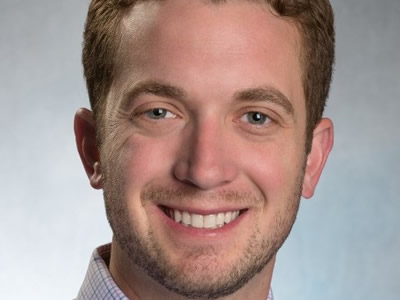 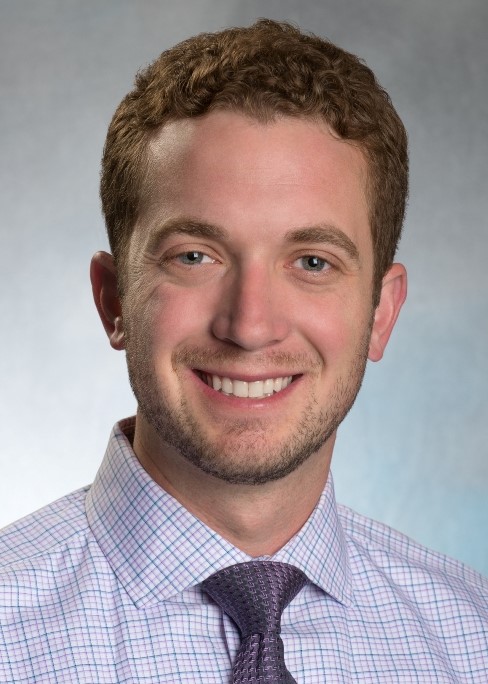 Yonatan Keschner is the Associate Director of the MGH Springboard Studio Accelerator. Yonatan is an Emergency Medicine physician and trained at Massachusetts General Hospital and Brigham and Women’s Hospital. Prior to medical school, Yonatan earned a degree in Ecological Technology and Design. He brings his expertise in design and passion for creativity to solving healthcare problems by re-imaging the future of healthcare delivery. He has led numerous innovative healthcare solutions, with a focus on levering technologies to enhance healthcare delivery while improving patient care and experience. Yonatan also brings an array of outside experience, including working with healthcare start-ups and venture capital. Yonatan currently works clinically at Brigham and Women’s Hospital, where he is completing a Mass General Brigham fellowship in administration, operations, and innovation, while earning a master’s degree in Healthcare Management at the Harvard T.H. Chan School of Public Health. Jim, an attorney is the co-founder of two high impact medical device companies. He was was Chief Global Mentor for Mass Challenge, Executive in Residence at Partners (MGB) Healthcare Innovation, director of the Massachusetts Environmental Crimes Strikeforce and an environmental television reporter. Earlier in his career Jim was co-founder of several restaurants.  Contact Jim at: JMiller@MGH.Harvard.edu Dr. Blanchfield ‘s 40-year career started in public accounting at Peat Marwick and then moved to corporate management before she redirected her focus to health care. In addition to her role at Springboard, her other roles have included the Mongan Institute for Health Policy and the Institute for Technology Assessment at Massachusetts General Hospital, Brigham and Women’s Center for Healthcare Innovation and Division of General Medicine, Project Hope’s Center for Health Affairs, the Research Director at Boston Healthcare for the Homeless Program, Director of Finance GreyBird Venture Associates and Lead, Value and Outcomes at Alphabet’s Verily Life Sciences Bonnie has also served as acting CFO for several small start-up companies including Iora Health. Bonnie combines her accounting and finance expertise with research and evaluation methods to conduct program evaluation looking at health care costs, health care delivery redesign, patient safety, and health care innovations. Her primary interest is evaluating innovation and care redesign and the impact on value-based care strategies. In addition to her academic roles, she is on the executive advisory board for home-based care strategies at Mass General Brigham (MGB).

Bonnie received a BBA from Siena College and both a SM and Sc.D. from the Harvard School of Public Health in Department of Health Policy and Management. Contact Bonnie at bblanchfield@bwh.harvard.edu. Hiyam Nadel, MBA, RNDIRECTOR OF THE CENTER FOR INNOVATIONS IN CARE DELIVERY
Biography

Hiyam Nadel, MBA, RN
Director of the Center for Innovations in Care Delivery Hiyam is the Director of the Center for Innovations in Care Delivery at Massachusetts General Hospital (MGH). In this role, she is both a mentor and “incubator” of ideas for frontline caregivers conceiving an idea, to prototyping and beyond. She is an inaugural Johnson and Johnson Innovation Fellow.

Prior to accepting this position, Hiyam played an essential role in re-opening the MGH Obstetrics Department after a 40-year hiatus. Along with the re-opening of thw Obstetrics division, came the opportunity to implement a different nurse-care model and a “Medical Home” for Obstetrics. In addition, she has been instrumental in designing IT programs such as the “Ambulatory Patient Tracking System” and co-authored the design of the “OB EMR”, an electronic medical record, subsequently sold to Hewitt Packard.

She was selected as Innovation Learning Network Changemaker, a distinction recognizing leaders who are trying to bring impactful change to their organization. She believes that Hackathon’s provide innovative grounds for new ideas and is actively involved in the Microsoft/Johnson & Johnson/SONSIEL nurseshack4Health hackathon.

The most recent award she has received is the 2020 Extraordinary Women Advancing Healthcare Award from the Commonwealth Institute. This award recognizes 10 remarkable women in Massachusetts who are emerging and inspiring leaders pioneering advances across health care and who demonstrate collaboration, mentor others and encourage diversity.

She earned a nursing degree from Northeastern University, clinical genetics certificate from Brandeis University and an MBA from Babson College with a focus on Innovation and Entrepreneurship. She is a board member as well as founding member of the Society of Nurse Scientists, Innovators, Entrepreneurs and Leaders (SONSIEL). Ryan is on faculty with the department of Pediatric Critical Care Medicine and is the Director of Global Pediatric Critical Care Medicine. His research and innovation interests include the role of gaseous nitric oxide therapy in infectious diseases, evaluation and development of non-invasive respiratory support systems, and research capacity building and appropriate medical device development for low resource settings. Kevin is a Technical Advisor for the Springboard Studio. He advises on technical capabilities and in-house design and prototyping resources.

Kevin completed his undergraduate degree in mechanical engineering at the University of Waterloo. Kevin earned a PhD in mechanical engineering from the Massachusetts Institute of Technology (MIT) for research on efficiency and emissions in automotive combustion engines. As a postdoctoral researcher at the Plasma Science and Fusion Center at MIT, Kevin developed novel technology to convert natural gas to liquid hydrocarbon fuels. Kevin has done research and development on lasers, 3D printing and various other mechatronic sensors and systems. Kevin has a passion for global health and development. Several of his innovative medical devices have won awards. He is currently a Lecturer in the Department of Mechanical Engineering at MIT and Director of R&D at an industrial inspection startup in Somerville, MA. Aya is currently the Head of Inclusion Strategy and Innovation for Diversity & Inclusion (D&I) at the Novartis Institutes for BioMedical Research (NIBR) and is based in Basel, Switzerland. At NIBR, Aya focuses on an evidence based approach to D&I focusing on strategy and driving innovation through inclusion and diversity of experiences and thinking. She has a commitment to patient- and end-user centered care and innovation in low- and middle-income countries (LMICs). Prior to joining NIBR, Aya was the Head, Innovation and Partnership at the Novartis Foundation. At the Foundation, she focused on driving collaborations across the public and private sector as well as leading the work in digital health to develop innovative healthcare models in LMICs. She also worked as the Program Manager for CAMTech and research analyst in finance. Aya graduated from Dartmouth College. 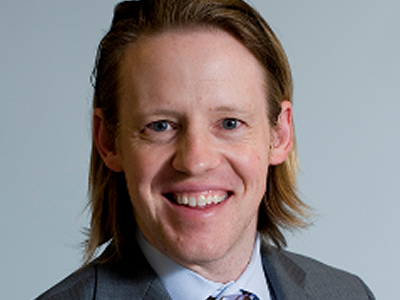 Paul is an adult pulmonary and critical care physician at Massachusetts General Hospital. He is interested in the nexus of quality, safety, and teaching and learning in medicine and been working on healthcare innovations in this sphere. He serves as the Director of the Respiratory Acute Care Unit, Quality Director in Pulmonary and Critical Care, and Director of Simulation and Experiential Learning for the Department of Medicine at MGH. He is an assistant professor at Harvard Medical School.

The MGH Springboard Studio activates providers, staff and patients to identify and solve for their own challenges to make healthcare more user-friendly.

Health providers know the challenges they face in patient care delivery – when activated to participate in solving their own challenges, they will design more tailored solutions

A diverse network of people, both innovators and expert mentors from within MGH as well as industry, business, engineering and design

Excerpt from the speech “Citizenship In A Republic”
Delivered by Theodore Roosevelt at the Sorbonne, in Paris, France on 23 April 1910
(Gender updated by Kris Olson)

It is not the critic who counts; not  one who points out how the strong  person stumbles, or where the doer of deeds could have done them better. The credit belongs to the  one who is actually in the arena, whose face is marred by dust and sweat and blood; who strives valiantly; who errs, who comes short again and again, because there is no effort without error and shortcoming; but who does actually strive to do the deeds; who knows great enthusiasms, the great devotions; who spend  themselves in a worthy cause; who at the best knows in the end the triumph of high achievement, and who at the worst, if  they fails, at least fails while daring greatly, so that  their place shall never be with those cold and timid souls who neither know victory nor defeat.